Backed by over thirty years in the trade and building the Highlands since 1987, Lenarduzzi Builders is as renowned for their fine craftsmanship and accountable project management as they are for their attention to detail and strong communication and professional service.

In 2007 the Company was selected as a suitably experienced specialist building contractor for the Historic Houses Trust of NSW to carry out conservation works on their properties across the state as part of the Endangered Houses Fund Program.

Our established, committed and highly skilled team of tradesmen demonstrates expertise in all aspects of building by:

Ensuring that client aspirations for their property are achieved by fostering clear communication with the architects and/or client throughout the entire project.

Our focus on the delivery of outcomes leading to complete client satisfaction and we are committed to:

We pride ourselves in our: 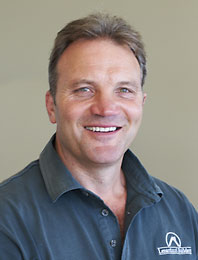 Phil Lenarduzzi came to building in “a different time and era” when he obtained an apprenticeship with the Public Works Department, Building Construction And Maintenance Branch, Sydney, New South Wales, which at the time oversaw the conservation work, maintenance and new construction on major heritage government buildings in the city of Sydney. He completed the Carpentry/Joinery Trade Course at Randwick Technical College.

It was the late 1970s. In those days (the Department of) Public Works managed and maintained many significant heritage government buildings across Sydney. During my apprenticeship I was exposed to new and conservation projects on many buildings designed and constructed in the 19th Century. The Public Works applied an array of trades and did the job from concept to completion.

Phil worked on everything, from the renewing of windows to the repair and restoration of old buildings such as Hyde Park Barracks, The Mint Building, Sydney Technical College Ulltimo and Darlinghurst as well as the Central Courts and Parliament House, Sydney.”

His training exposed him to a wide range of applications and expertise and he embraced the traditional training administered by his mentors across the 4 years of his apprenticeship.

He found himself “working with World War II vets who were from a different era”  and was inspired by “their different sense of pride in being tradesmen. They took pride in their dress. Many came to work in a tie and changed into their work clothes for the day! It was an era of pride, so we had good mentors and were traditionally trained in a gamut of trades and I took on board everything I could possibly learn from it.”

Following completion of his apprenticeship Phil moved back to the Highlands and was quickly able to adapt the craftmanship and skills he learned with the Public Works, whether restoring old homes to their former glory or building new homes. He also honed his skills in joinery and in the manufacturing of custom joinery and cabinet work.

Phil has developed ongoing and strong working relationships with subcontractors and suppliers who provide his projects with expertise ranging from masonry to ironmongery to French polishing as required.

He has also developed ongoing and strong working relationships with two traditional joinery shops and other restoration and heritage resources locally, in Sydney and across New South Wales.

Over the years, Lenarduzzi Builders have completed numerous heritage and conservation projects from the Colonial period through to the 20th century. Phil’s personal preference is for the 1920s and 1930s eras.

Highly respected in the trade he is as widely recognised as a reliable team leader and communicative project manager as he is for his attention to detail.

I can’t speak highly enough of Phil and his team. The quality of his work, his professionalism, and reliability were exceptional. It was an absolute pleasure to work with him. Thank you Phil!

Phil and his team of excellent tradespeople did a great job and with the attention to detail that is becoming more difficult to find. The end result exceeded our expectations. MORE…

Lenarduzzi Builders restored our heritage listed home with meticulous attention to detail. The team’s knowledge of traditional detailing and their quality of workmanship is unmatched. MORE…

Your assistance for all the other incidental outside items required was invaluable, for without your knowledge we would not have known what was best. We were also very pleased you could both spend significant time to help renovate our Sydney properties.

I was very happy with the work done by Mr Lenarduzzi. The work was carried out expeditiously and was completed precisely in accordance with the schedule, an unprecedented achievement in my experience of domestic building work. The work did not cost any more than the quotation plus specifically agreed to variations. There were no “hidden surprises” at the end of the day.

Once demolition and construction commenced I was confident that we had selected the most appropriate Builder. The construction involved extending two existing structures of different ages, one over one hundred years old and one approximately sixty years old. As a consequence many difficulties were encountered, Phil and his supporting trades were able to recommend solutions making my task so much easier.

Mr Phil Lenarduzzi’s skill and expertise in designing the project, measuring for the job and completing it to our total satisfaction were exemplary. Not only that, the job was completed well within the anticipated time frame and without mess, error or complication.

I have at all times found Phil Lenarduzzi and his team to be extremely diligent and most competent. Their trademanship is of the highest quality and so too is their willingness to advise and to be flexible in terms of making sure the right result is achieved.

The work on Throsby Park was completed promptly, efficiently and to a very good conservation standard. Phil and his team demonstrated respect to significant fabric and a high degree of competence in working on an historic building. Their polite and professional approach ensured a successful outcome for the project.

Philip and his team carried out a high level of conservation building repairs from the HHT prepared scope of works. Some of the necessary repairs were uncovered during the process and we were very happy with the careful sensitive nature of the Lenarduzzi’s methods and reporting as items became apparent. His team’s workmanship is of a very high standard and reliability proven at every stage. MORE…

Philip is concerned with the quality of the work he produces. Like attracts like, and his construction team have the same attitude. It is no surprise that all his subcontracters produce the same high-quality work. He has also sourced the best specialist manufacturers and suppliers of finishing material. MORE…

Lenarduzzi Builders have always carried out their work in an efficient, organised and extremely competent way showing a good knowledge of old and new building construction techniques and employing subcontractors of experience and capacity. MORE…

Phil was a pleasure to work with and, apart from being a very competent builder, he displayed a great attitude and work ethic despite the difficulties in imposed upon him. He also brought forward innovative ideas to ensure the success of the project. MORE…

During 2011, Phil Lenarduzzi was contracted to build our new house between Mittagong and Bowral. Of all the buildings I have constructed in my life, of which there have been dozens, I can honestly say that this has been the most enjoyable, problem free, professionally handled, on budget build I have ever had. MORE…

Phil’s enthusiasm to the job and his genuine interest in the original structure engendered a confidence which was to be sustained throughout the ensuing five months of the renovation. MORE…

Phil Lenarduzzi directs a thoroughly competent and dedicated team of professionals all of whom share his motivation, enthusiasm and willingness to be adaptable and maintain the highest standards, whilst remaining within realistic budgetary and time constraints.

I would highly recommend Lenarduzzi Builders for any project. Philip is a perfectionist who takes great pride in his work…

All the work has been of an exceptional standard, completed on time, with the minimum of fuss and mess…It is rare that one can write such a glowing reference, but it is also rare to find such a talent as Phil.